May 8, 2017 to February 18, 2018
Installation at the satellite space at the Kelowna International Airport (YLW) 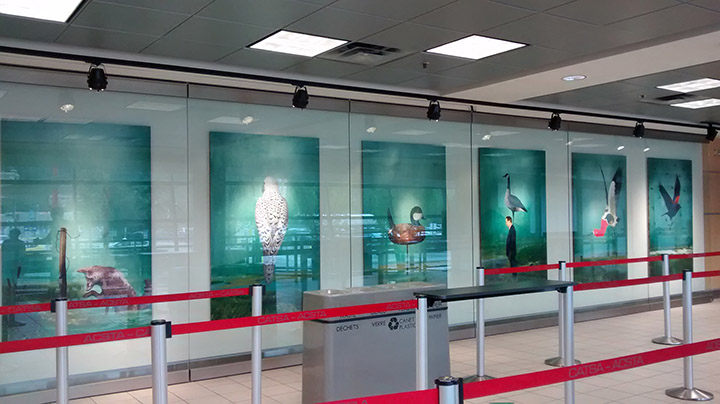 Kelowna-based artist Myron Campbell has created six large-format renderings of species – both real and imagined – of creatures that visit the Robert Lake site located near the UBCO campus where he teaches. Each of these works has been created digitally and then output onto recycled board for the installation of his commission. An eerie but beautiful variegated green background in each one unites the works. Some backgrounds have ghostings of high-rise buildings in place – a threat facing this area in the future? Some of the birds are the ruddy duck (shown like a target in a midway, stuck onto a post), the avocet, the red-winged blackbird, and a gryphon. A coyote lamenting his loss of habitat by a real estate sign also makes as appearance, as well as one rendering of a human being: a white man in a suit, maybe meant as a “suit” surveying the landscape as if thinking of developing it.

Campbell was born in Calgary, and grew up in Weyburn, Saskatchewan. He has a diploma from the Medicine Hat College in Alberta, and an MAA from Emily Carr University of Art and Design in Vancouver. Since arriving in Kelowna to teach at the UBCO in 2014, Campbell has been active in organizing an ongoing series of community events called Draw by Night. 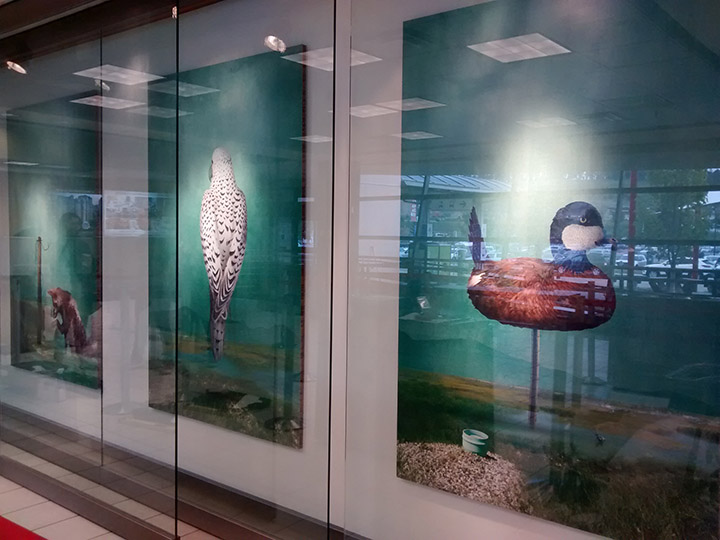 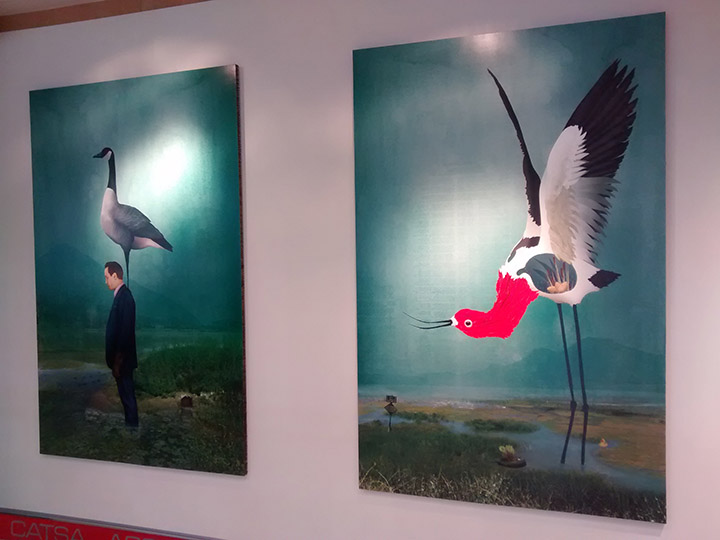