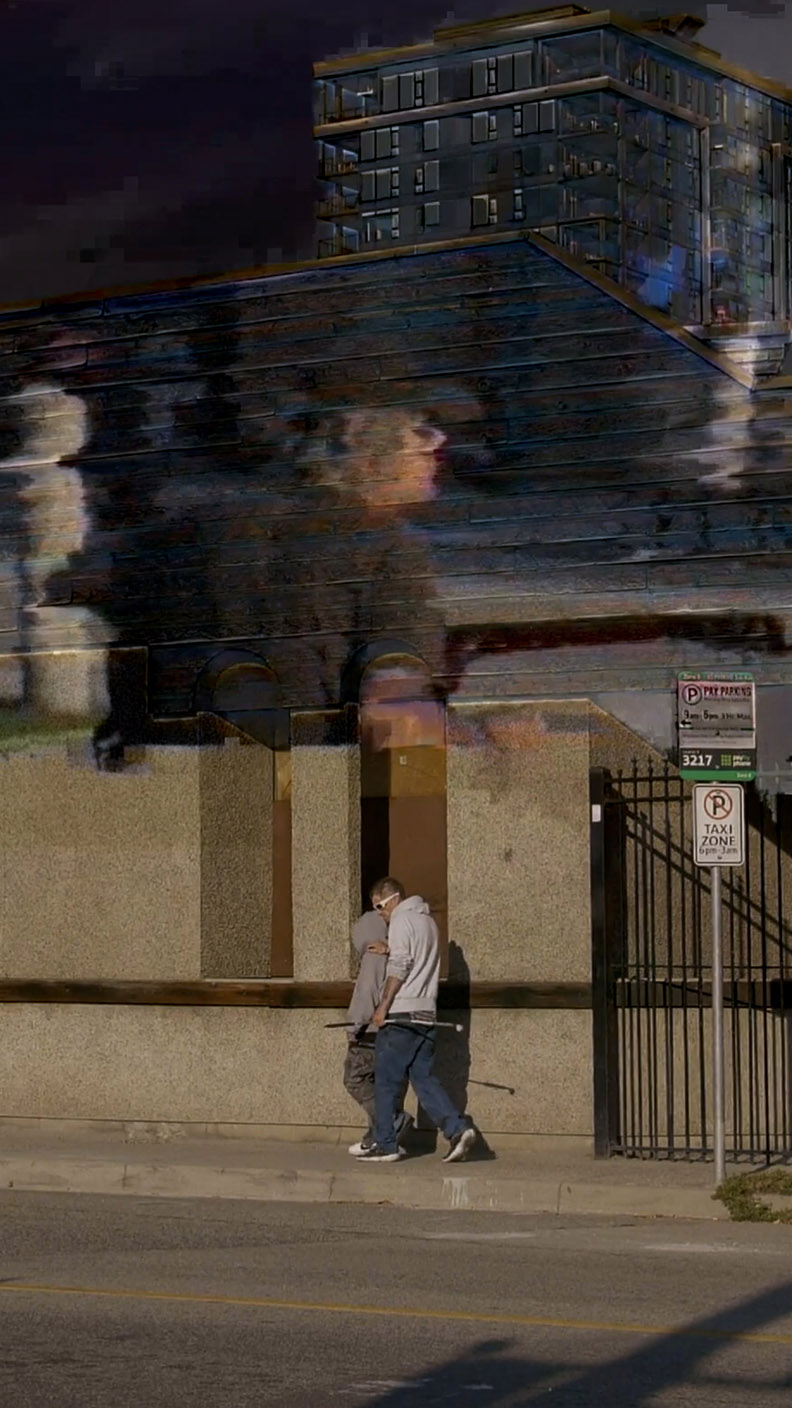 In this experimental, single-channel video installation by Kelowna-based artist Evan Berg, visitors will encounter scenes captured at street level in locations throughout Kelowna’s city centre. Using footage shot in a single outing on September 22, 2022, Berg’s video installation acts as a meditation on intersections in various forms—shots of literal traffic intersections, an exploration of how public and private lives converge on the street, and the connection between the real world and the digital domain. In The Intersection, Berg blends together footage that lingers during shot transitions, creating a meditative study of time, physical spaces, and the unpredictable encounters in our daily lives.

Evan Berg is an emerging artist based in Kelowna, British Columbia. He holds a certificate in Documentary Film Production from Capilano University and a Bachelor of Fine Arts from UBC Okanagan, where he received the UBC Medal of Fine Arts. As a visual artist, Berg is interested in power structures and their influence on our relationship to, and the creation of, space and place. He investigates this through the mediums of video, installation, sound, photography, and animation. Berg’s work has exhibited in Canada, Germany, Bulgaria, and the United States. 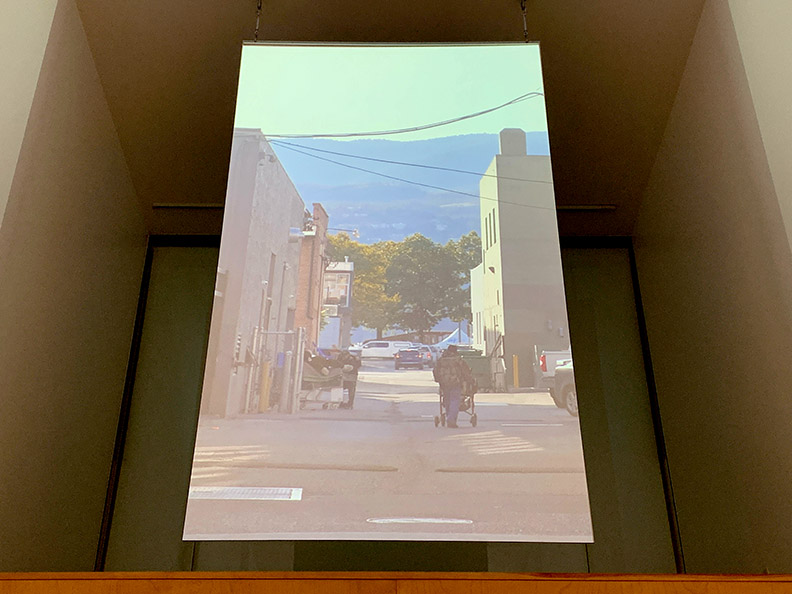 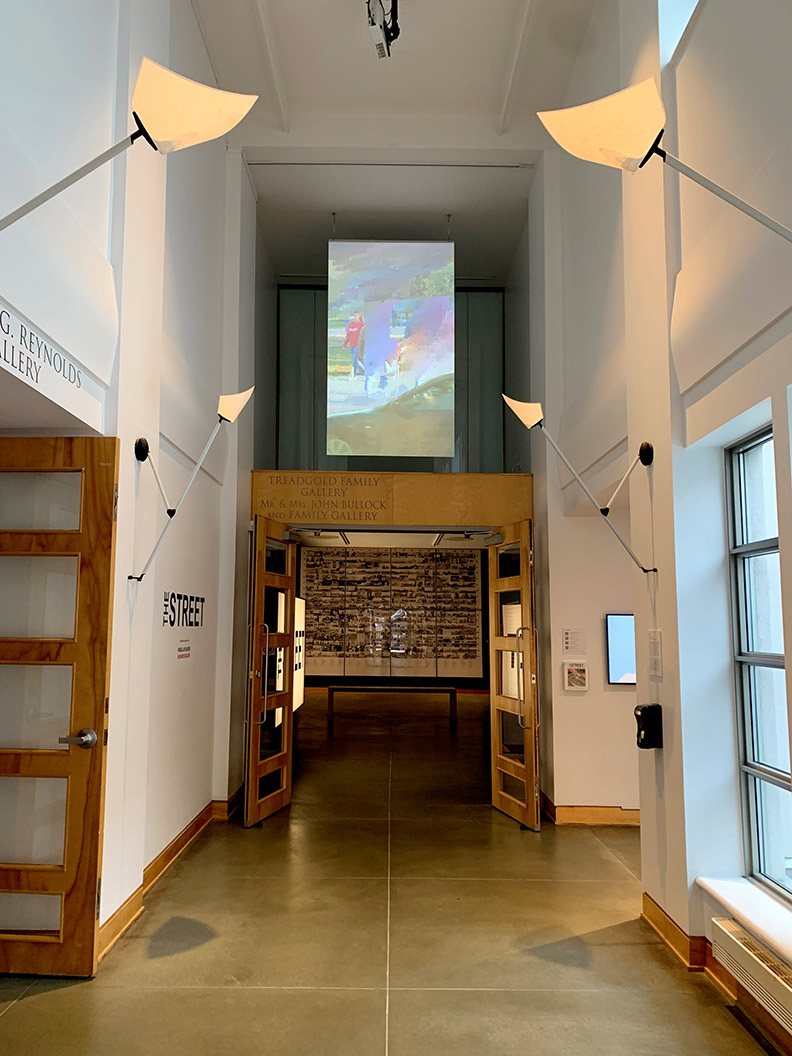