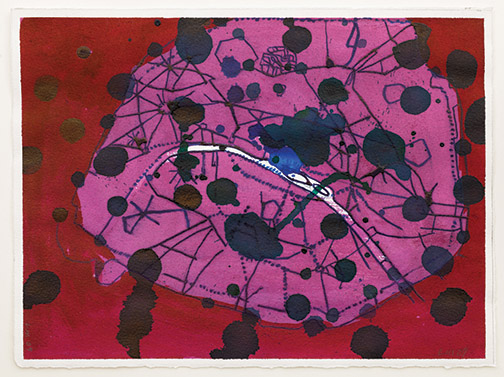 Landon Mackenzie is a nationally known, Vancouver-based artist, admired for her large-scale works with paint on canvas. Less known are her works on paper, which she produces voluminously as a tandem practice to her big paintings, often while travelling. These function at times as glimpses into this intelligent artist’s psyche or soul.

Born in the USA and raised in Toronto, Mackenzie studied printmaking as an undergraduate at the Nova Scotia College of Art and Design in Halifax. Some of her student etchings will be included in the show. These layered works often featuring text actually shed light on some of her mature painting practice, in which she often writes words and phrases into the painting that later get covered over by marks and images. After completing her MFA at Concordia University she turned to painting and her Lost River Series, which she began in 1981, was an overnight sensation.

Mackenzie moved to teach at Emily Carr College of Art and Design (now University) in Vancouver in 1986. Although she has made Vancouver her home, she travels each summer to work in PEI, and had the opportunity to work for part of the year in Berlin in 2007 and 2013, and in the Canada Council Paris studio in 2009. Whenever the artist is on the road as a speaker or visiting artist she tends to work only on paper, but most of these works have rarely been exhibited. This exhibition provides the opportunity for audiences to delve deeply into this aspect of Mackenzie’s practice.

Her strengths as an artist are her inventive energy, her intellectual restlessness and curiosity, her love of imagery, maps, language and history. Landon Mackenzie: Parallel Journey will be accompanied by a multi-authored, full-length book published by Black Dog Publishing in the UK (with special support from the Audain Foundation). After its Kelowna run the show will be going on a national tour.

Opening Reception
Friday, October 23, 7 to 9 pm
This is a free event, open to members and guests by invitation.
The artist will give a public tour of the exhibition at 6:15 pm, just prior to the opening reception at 7 pm.

Public Talk
Friday, December 4, at 7 pm
Join us for an illustrated talk by Landon Mackenzie on how her works on paper fit in to her practice as a painter.

TOPIC: Parallels of Landon Mackenzie’s works on paper with her painting and printmaking practice, as well as her career with Canadian Art history. 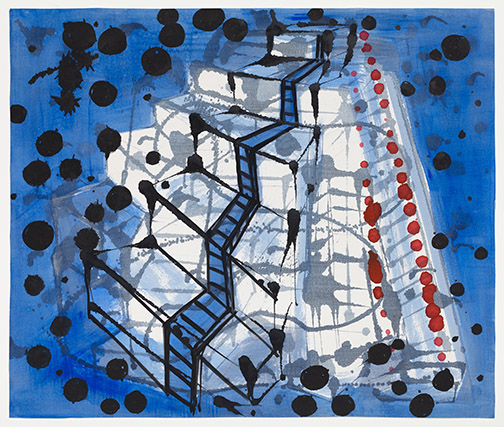 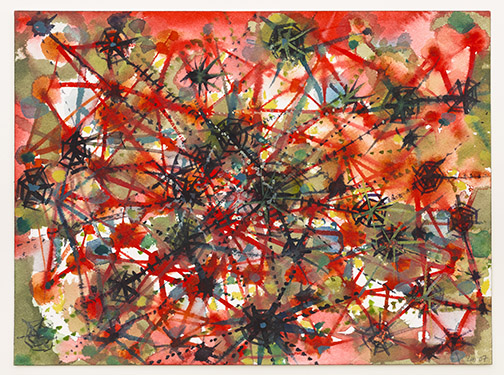 Landon Mackenzie, Untitled (Berlin), 2007, watercolour on paper, 9 x 12 in. Collection of the artist.