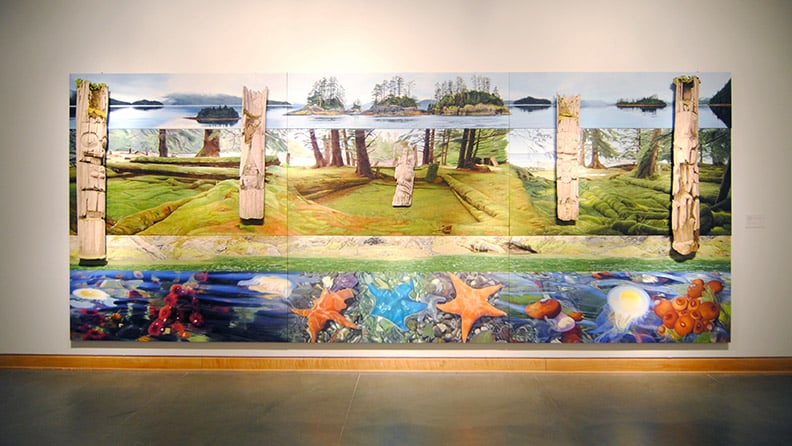 Kelowna-based artist Joice M. Hall’s exhibition, GWAII HAANAS – Islands and Sacred Sites, is a painting installation inspired by 1600 digital photographs that she took during a two-week artist residency in Haida Gwaii in 2016. The 18-foot installation is a panoramic landscape that celebrates the ocean, forest, and marine life she saw while being guided around Gwaii Haanas by Parks Canada resource officers.

A realist painter, Hall spent most of her career based in Calgary before moving to Kelowna in 1999. She studied at the Alberta College of Art in Calgary from 1960 to 1965. She has exhibited her work in galleries across Canada, and in Mexico. In 2010, the Kelowna Art Gallery organized a full-scale survey of Hall’s work, titled Surreal. Real. Ideal: The Art of Joice M. Hall.

Opening Reception
Friday, January 19, 7 to 9 pm
This is a free event, open to members and guests by invitation.
This event is held in conjunction with the opening for Gary Pearson: Short Fictions. 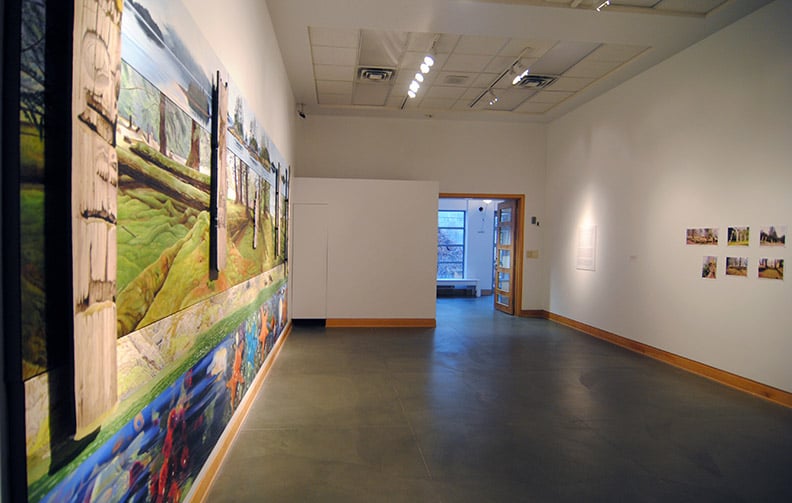 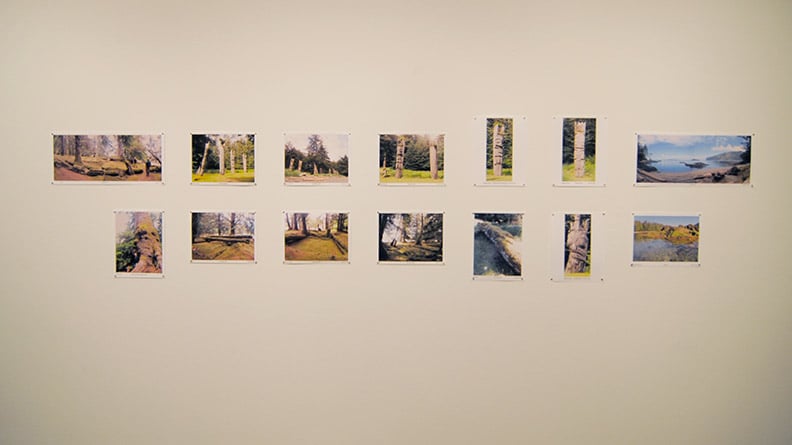 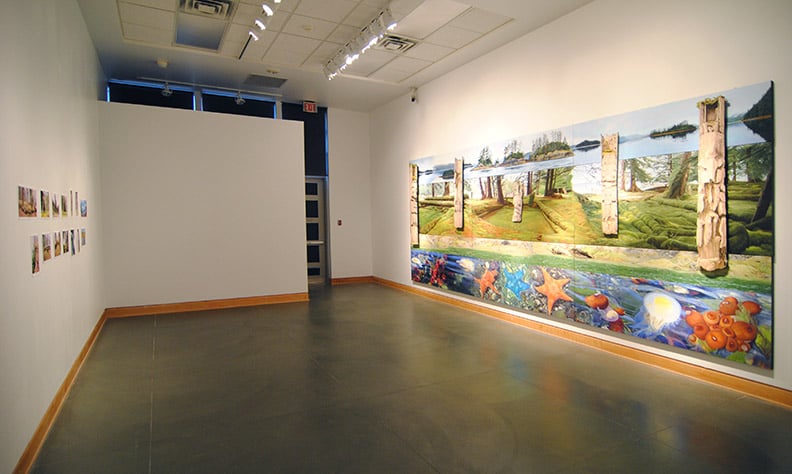