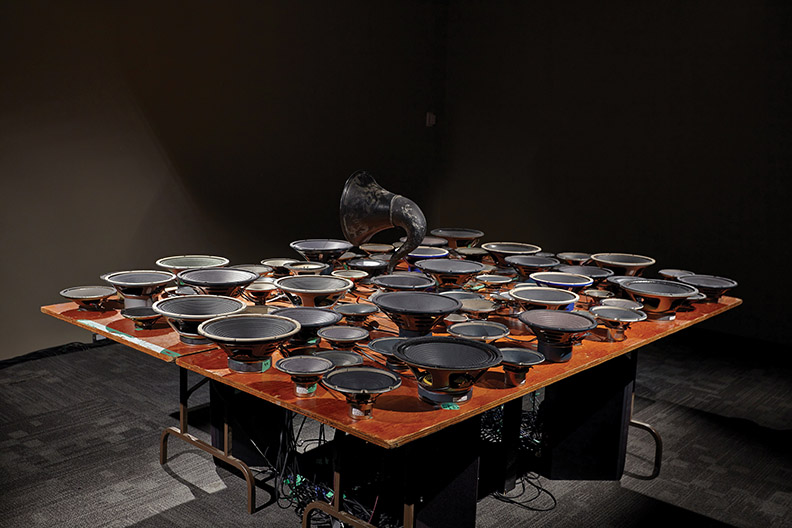 Experiment in F# Minor is a collection of bare speakers of all shapes and sizes set upright on a large table. Light sensors are inlaid into the edge of the table and as you move around the room, your shadows cause the various sound and instrumental tracks to fade up, overlap, mingle and fade down.

Opening Reception
Friday, January 17, 6 to 8 pm
This is a free event, open to members and guests by invitation.