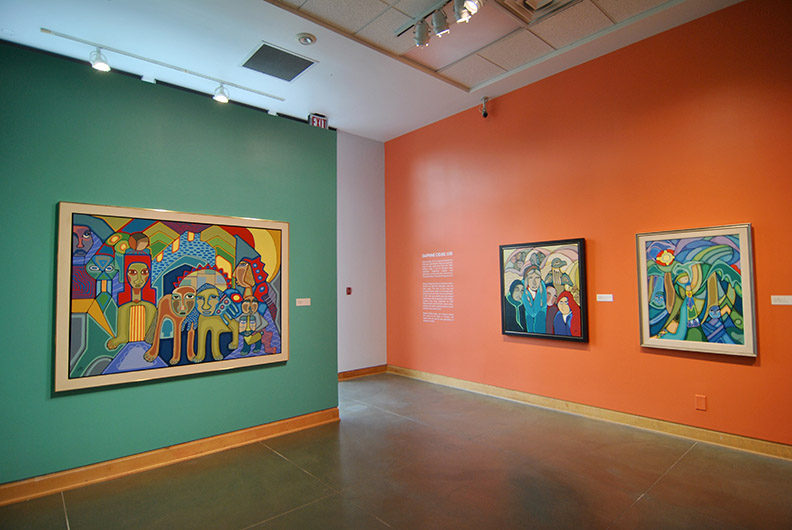 Daphne Odjig 100 is a capsule retrospective of the late artist Daphne Odjig that opens the week of what would have been her 100th birthday. Odjig is one of Canada’s most celebrated Indigenous painters and printmakers, and has often been referred to as “the grandmother of Canadian Indigenous art”.

Although Odjig was born on Manitoulin Island, Ontario she called Kelowna home in her later years. The story of her long and successful artistic career is told through early works from the era of her first solo exhibitions in 1967. She was a prolific artist who worked continuously until her passing in 2016. Odjig’s artworks have been celebrated for their interconnected and fluid forms, where colour, vibrancy, and motion express powerful human emotions and cosmic forces.

Opening Reception
Friday, September 13, 6 to 8 pm
This event is a free event, open to members and guests by invitation.

Thursday, October 10, 6 to 8 pm
Curator Talk & Documentary Screening
Join Curator Stacey Koosel for a talk about  Daphne Odjig: 100, followed by a screening of the documentary The Life and Works of Daphne Odjig. This event is free and open to the public to attend. 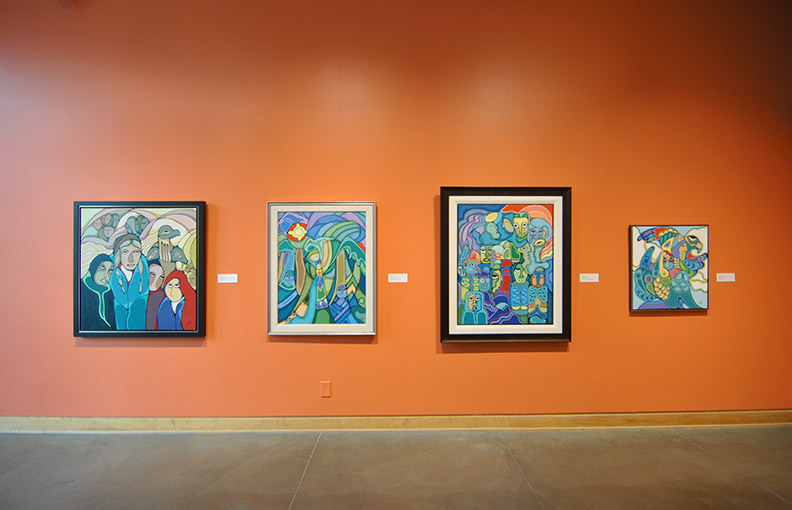 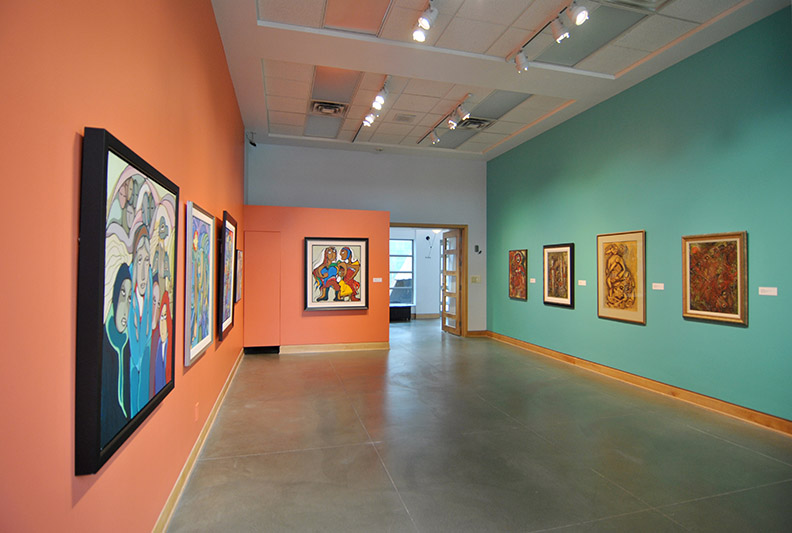