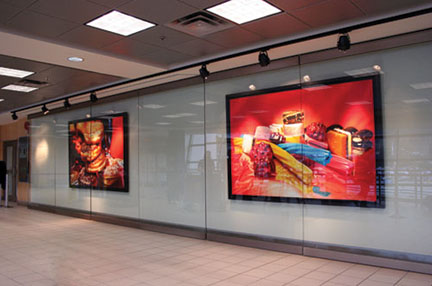 Outbound passengers at the Kelowna International Airport this season may find themselves with mysterious food cravings once they have cleared security. We can explain the phenomenon: it is the power of art. Kelowna-based realist painter John Hall will be installing two large paintings on the Gallery’s satellite art wall space that both depict food. The paintings are bound to get passersby thinking about grabbing a snack, especially because the food items depicted – at many times over their real-life scale – are delectable doughnuts and colourful licorice allsorts candies.

Hall is a veteran on the Canadian art scene. He grew up in Edmonton, trained, worked, and taught in Calgary, and retired to Kelowna in 1999. Since then he has continued his art practice with dedication and diligence, working every day in his West Kelowna studio.

We are delighted with his work for our airport series of commissions and hope the paintings will be enjoyed by the some one million people who will see them while they are up.

Sorry about the cravings!