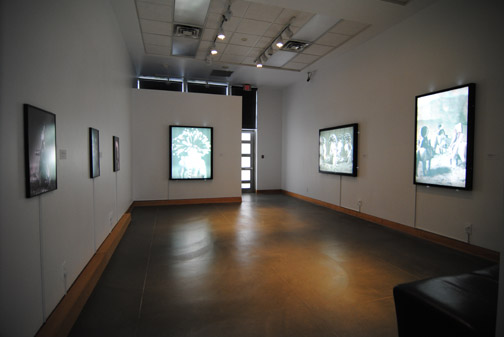 An exhibition of new work by Kelowna-based artist Stephen Foster featuring back-lit light boxes with photographs of toy figures will have visitors donning pairs of 3-D glasses as part of their viewing experience.

Re-Mediating Curtis: Toy Portraits is part of Foster’s on-going, multi-part investigation exploring depictions of indigenous people by American photographer, Edward S. Curtis (1868-1952). The North American Indian, a multi-volume work that was published as a serial from 1907 to 1930 and contained about 2000 images, is considered to be Curtis’ magnum opus, and had a huge impact on popular images of Indianess in film and mainstream media throughout North America and Europe. As an artist of mixed European and Indigenous heritage, Stephen Foster works to deconstruct such images, and to place them in a more complex perspective. For this series of works, Re-Mediating Curtis: Toy Portraits Foster found and purchased a selection of plastic figurines that are manufactured in Germany. The toy figures have been influenced by early ethnography, such as the photographic works of Curtis. Foster has photographed them in 3-D format, linking them to popular culture, and nudging the viewer to consider the 3-D as a metaphor for seeing the “other” in a fuller context.

Stephen Foster holds an MFA from York University in Toronto and teaches at the University of British Columbia-Okanagan Campus. He works in video and new digital media and has exhibited widely.

Please join us for a talk by artist Stephen Foster. Don’t miss this opportunity to hear him speak about his current exhibition, Re-Mediating Curtis: Toy Portraits.

Opening reception
Friday, June 21, 2013, 7 to 9 pm
Artist’s talk begins at 7 pm
This is a free event, open to members and guests by invitation. 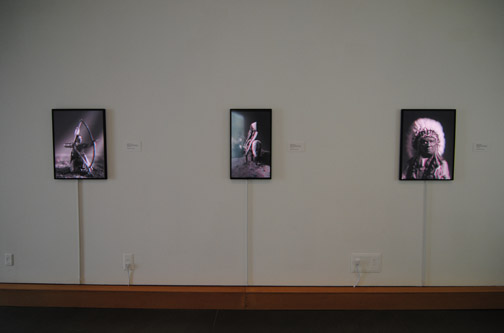 If you could select one object to best represent who you are,
what would it be?

Take a photograph of an object that tells us something about your identity; who you are, whether personally, physically, or culturally and email it to us.

Photos will be printed and displayed in The Scotiabank Studio, so spread the word and help us to fill the walls!