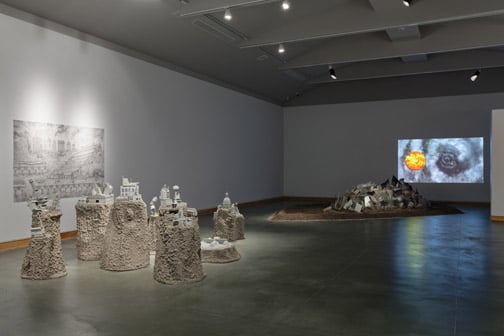 Keith Langergraber is a mid-career artist who is based in Vancouver. This major exhibition is being produced in partnership with the Southern Alberta Art Gallery in Lethbridge. It will focus on Langergraber’s three-part film, titled Time Traveller Trilogy, completed in 2013, but will also include seven sculptures and two suites of drawings. The work is situated in Sci Fi culture and the film apes the form of sci fi fan films. A complicated story weaves throughout the trilogy, with scenes shot in such varied locales as the Cayman Islands, the Yukon, Great Salt Lake in Utah, Lake Okanagan, Mono Lake in California, and Pavilion Lake in BC.

The first film, called The Theatre of the Exploding Sun, centres around Langergraber’s alter ego Eton Corrasable making his own fan film at the Britannia Beach site, along the Pacific coast north of Vancouver. He then travels to a site in the desert-like landscape near Kamloops, BC, known as the Eye of Jupiter, an opening into a grotto within a natural rock formation. Once inside Eton is transported to Robert Smithson’s Spiral Jetty on Great Salt Lake in Utah.

The second film, called You Can’t Go Home Again, shifts its narrative style to sequences created in animation. Eton reads about the real-life person of Donald Crowhurst and his failed and fatal 1968 attempt to sail around the world in a small boat. Eton feels that a similar fate has befallen him: that he has become unhinged from time. He seeks a remedy, using technical means at Pavilion Lake, BC, and also wants to shoot his own fan film based on the novel (and film by Andrei Tarkovsky) Solaris.

In Langergraber’s third film Eton Corrasable must repair the rupture to the space/time continuum that has occurred. Titled The Glass Island, this film explores Dr Who fandom, and Robert Smithson’s never realized Glass Island project.

Keith Langergraber’s work functions on several levels at any given point of engagement: sometimes spoofing the forms it imitates, in other ways, paying homage, both to past artists and achievements in science fiction. These notions and others will be explored in the catalogue texts. 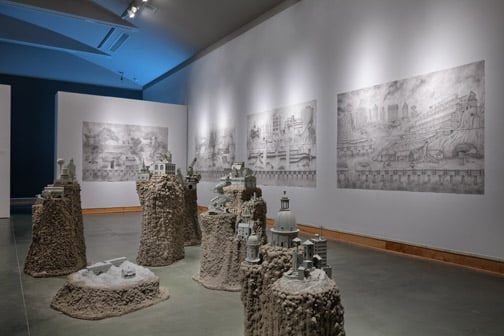 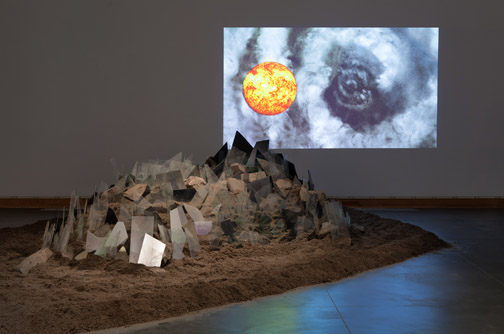 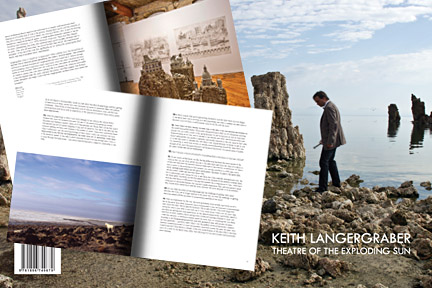