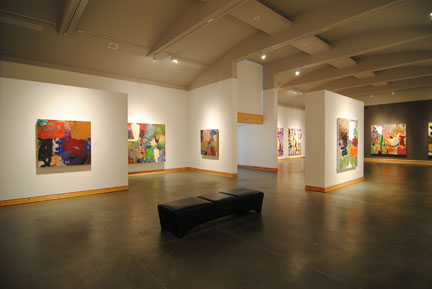 Anyone in the Okanagan suffering from seasonal affective disorder this winter does not need to save up for a trip to Hawaii in order to cheer up. Just come to the Kelowna Art Gallery and spend time with the whacky, zany, and incredibly colourful paintings by Ontario-based artist John Kissick. These works are guaranteed to rev up not only your eyeballs, but also your mind. Kissick is an intelligent and challenging artist, who also writes about art, and is the Head of the School of Fine Art and Music at the University of Guelph in Ontario.

This show, as its title explains, is a ten-year survey of his work, beginning in 2001, with large, relatively somber works in oil on plywood. Viewers may notice that as the decade unfolded, Kissick’s paintings became increasingly complex and more brightly coloured. This trend culminates in the artist’s seven-foot-tall canvases from 2009, which hover in a zone between pure abstraction and recognizable references to the real world, and push at the limits of taste. In this aspect, the works make reference to the mash-up component of contemporary popular culture. Kissick’s works are hybrids that are both self-contained yet laden with references to various formal issues that painters in the modern period have faced and worked through in their art.

The John Kissick ten-year-survey show has been organized by the Kitchener-Waterloo Art Gallery in Kitchener, Ontario, in partnership with the Kelowna Art Gallery. It is currently on a national tour. Accompanying the show is a full-colour catalogue with essays by Jason Lahr, Roald Nasgaard, and Liz Wylie. 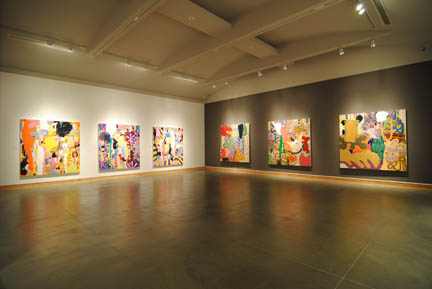 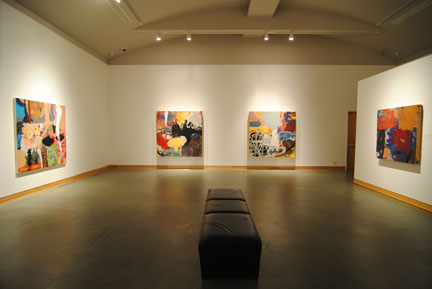