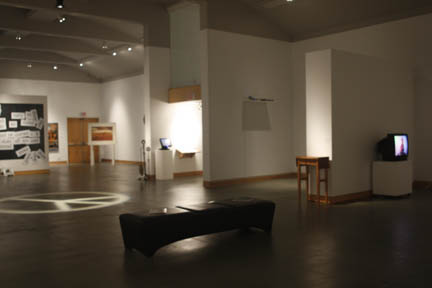 Recent works by artists associated with the University of British Columbia Okanagan
November 14, 2008 to January 11, 2009

As a salute to the several artists in our community who not only maintain active exhibition records, but also work with post-secondary students, the Kelowna Art Gallery is pleased to announce an exhibition called Boundaries, which will showcase the talents of those artists associated either as staff or faculty at the University of British Columbia Okanagan (UBCO). The over-arching theme of “boundaries” was proposed to the artist-community at UBCO last winter and the response was positive. The Kelowna Art Gallery Curator, Liz Wylie, has been in discussion with the various artists who expressed interest in including work in the show, to see how the theme can touch on or elucidate aspects of their practice, and to work with them in selecting pieces for the exhibition. The show promises to be an eclectic mix of styles and approaches to the making of art. The theme itself is fairly open-ended, and could refer, for example, to boundaries of an artistic nature, but also boundaries within our lived lives, those that separate different aspects of experience, or that we perceive as preventing us from going somewhere.

At press time, not all work selections have been finalized, but some artists have already completed the works that will be in the show. Stephen Foster, for example, will be represented by a photo-based work in three sections, titled Lost Agendas. Although this work dates from 2003, it has never been exhibited in Kelowna. Regular visitors to the Kelowna Art Gallery may recall seeing a number of pieces by Stephen Foster in the two-artist exhibition (with Ontario-based artist James Gillespie), Remediations, that was mounted here in 2006. The theme of “boundaries” could be considered as relating to the disjunctures between First Nations culture and heritage, and that of mainstream North American values (the man in the suit).

Kelowna-based artist Fern Helfand will be exhibiting a selection of fairly large-sized colour photographs exploring housing developments in Westside, near her own home. The working title for this series is From Forested Hills to Paved Plateaux, and the work has been ongoing now for several years. The “boundaries” theme comes into play in that the viewer can plainly see where suburban home development leaves off and the untrammelled forest begins.

The Kelowna Art Gallery is pleased to be engaging in this collaborative project with the UBCO artist-community. The last faculty show mounted by the Kelowna Art Gallery was held in 1993, when the artists were still all employed at the former Okanagan University College (OUC was taken over by the UBCO in 2005). Interestingly, about half of the artists included who were in that exhibition will also be in this 2008 version.

The show will be accompanied by a full-length exhibition catalogue with text by the curator, full biographies for each artist, a statement by each artist, and reproductions of each work of art in the show. 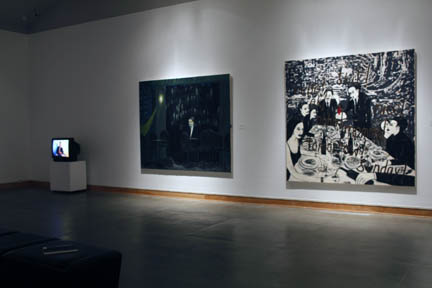 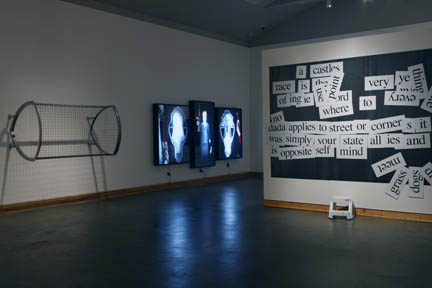