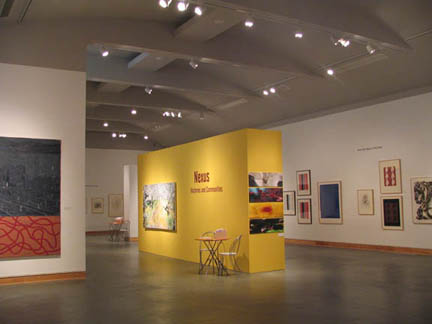 An exhibition of works from the permanent collection of the Kelowna Art Gallery in celebration of the gallery’s thirtieth anniversary.

In order to share our thirtieth anniversary celebrations with the community, we focused on community links for this exhibition. Among the strategies put in place to garner people’s thoughts and feelings about works in our permanent collection, are a blog-site linked with the gallery’s web site that invites people’s reactions; a computer with visitor questions and response software installed in the gallery; and stations with traditional pencil-and-paper supplies for visitors to leave their ideas with us. All these responses will be archived at the Kelowna Art Gallery. Through these means we hope to highlight the meaning of the exhibition’s title and its theme, Nexus, which means link or bond.

In order to show the various strengths and foci of the collection, six clusters of works have been developed, which are outlined here.

Out in the Orchards
The history of Kelowna is inextricably linked to the orchard industry that formed the backbone of the Okanagan Valley’s economy for many decades. The works of art in this section all portray the orchards in various media. Some of the more recently produced pieces approach the subject from a more conceptual frame of reference.

Routes to Abstraction
Abstraction in Western Art began in Europe in the early years of the twentieth century. Despite its being about a century old, it is widely misunderstood and is sometimes baffling to an audience. Our collection contains some excellent works of abstract art by some of Canada’s major practitioners, and this section highlights some of the best examples.

Graphic Mark Making: Drawings and Prints
Works on paper, created in either printmaking or drawing, have often traditionally been grouped together and unfortunately have been considered as secondary to painting. Yet many appreciators of art find they experience more direct insights into an artist’s way of working and thinking through their drawings than with any other medium.

From Sculpture to Installation
In the thirty-year period being celebrated by this anniversary exhibition, tremendous changes in attitude and method toward sculpture in the Western world occurred. Following from notions of the earlier twentieth century, such as the movement off the pedestal, penetration of solid form, as well as the assemblage method of working, the 1970s ushered in Minimalism in art. From there, sculpture metamorphosed in the hands of many artists to conceptually-based installation work. Some of these sea changes are embodied in the holdings of sculpture within the collection, as exemplified in this section of the exhibition.

From the Figure to the Body
Beginning with the academic traditions of the eighteenth century, artists have honed their visual and drawing skills by working with the nude model. In the twentieth century, the so-called figure was reduced, even debased to a physical body in the practices of artists who wanted to examine the body itself, for example, as a site for cultural inscription, or as a host for disease.

Private Worlds
Some artists work by drawing on their own imaginations, rather than the observable world, to generate their imagery. Due to the personal nature of this work, some of its various levels of meaning can remain tantalizingly beyond viewers’ grasp. But often there are aspects that are universal, even archetypal, and these draw us in closer to the artist’s inner world. 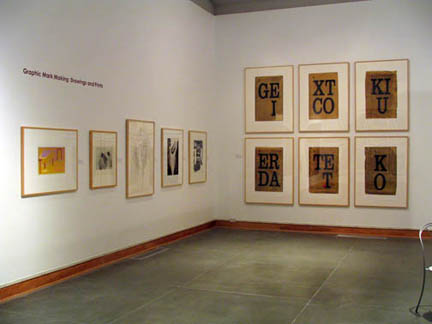 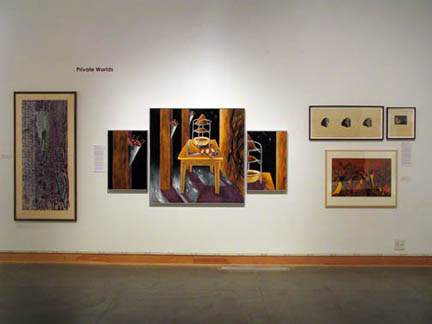