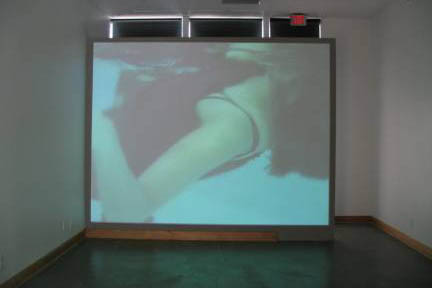 Farheen HAQ is a Victoria-based artist who works with photography, performance and video. In her work she examines societal and cultural codes of dress and gesture with simple yet powerful imagery and explores issues of gender and ethnicity from her position as a young Muslim woman. Two of HAQ’s recent video works are featured in the artist’s premier exhibition at the Kelowna Art Gallery.

In my work, I often reenact and perform simple actions that are either religious or culturally coded. Using my Muslim heritage and the specific vocabulary of gestures that are associated with Islam, such as Muslim prayers, I make subtle changes that push the gesture beyond what it normally is. I create videos where I choreograph my own rituals and imagine new relationships and spaces of congregation.

Farheen HAQ earned a BA in International Development from the University of Toronto in 1998 and an MFA in Visual Arts from York University in 2005. Since 2002, she has exhibited her work in solo and group shows internationally in cities including New York, Los Angeles, Toronto, Victoria, Vancouver and Calgary. This is Farheen HAQ’s first exhibition in the Okanagan.