David Wilson: Here and There, One Hundred New Works

Over the years, Vancouver-based artist David Wilson has challenged himself to produce a wide range of paintings, from highly realistic urban landscapes to interpretive figurative works. His latest series features loosely represented images of the city at night that capture the anonymity and “everywhere-ness” that occurs in any city at this time of day. But far from being dull and grey, Wilson’s paintings of urban rainy night scenes vibrate with colour, light and energy. For his Okanagan debut, Wilson has agreed to produce one hundred paintings in honor of Kelowna’s centennial. The paintings vary in scale and depict urban scenes of Vancouver, New York and our own Kelowna, a city experiencing tremendous growth and change as it enters its second century of existence. In his paintings, Wilson explores notions of the uniformity of cities yet has a way of taking the sometimes gritty night-time urban landscape and making it into a thing of beauty, or, as he describes it, “illuminated”.

David Wilson studied at the Vancouver Community College in 1993-1994 (Diploma in Print Production) and at the Emily Carr Institute of Art and Design in Vancouver from 1994-1996. For over ten years he has exhibited his work in group and solo exhibitions. Here and There: One Hundred New Works is David Wilson’s first exhibition at the Kelowna Art Gallery and in B.C.’s Interior. 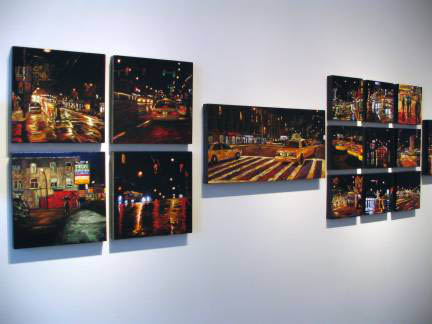 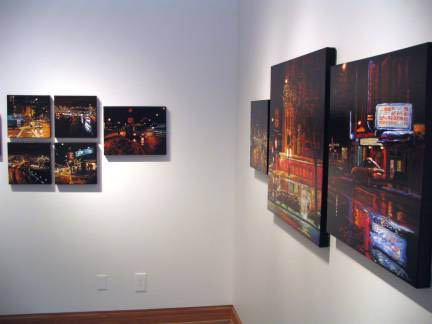