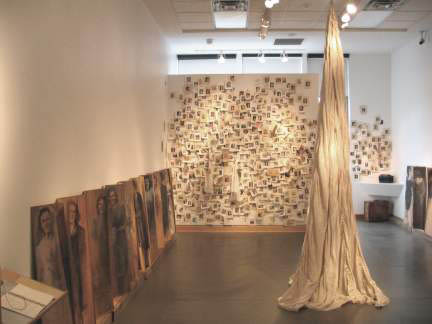 This exhibition is about the rite of passage of leaving home physically, emotionally and psychologically, and about the passage of time and lifetimes.

The term ‘war bride’ refers to women who married foreign servicemen during or immediately following World War II, and whose overseas passage to their husbands’ homeland was typically paid by the host government.

In Canada, a vast influx of young women, many with infants, was an anomaly in immigration. Of the 48,000 British and European women who married Canadian servicemen stationed overseas, approximately 44,000 women and their 23,000 children embarked on the journey to Canada. Theirs was a one-way passage provided by the Canadian government. Most immigrated in 1946 after Canadian troops were demobilized home when troop and hospital ships doubled as ‘bride ships’. Some carried as many as 2,500 war brides in a single crossing.

They docked in Halifax at the Pier 21 customs sheds and were shuttled directly onto ‘bride trains’. Cargoes of women and children were deposited day and night, winter and summer, onto urban platforms and rural sidings from coast to coast. Most were claimed by husbands they barely recognized in civilian clothes after months even years of separation. Some were not wanted; others, including young widows, were met by their in-laws.

This project began four and a half years ago when I painted a portrait of my mother as a young war bride for her 80th birthday. This exhibition is the result of years of research and hundreds of personal interviews with war brides in Canada, New Zealand, Australia, England and the United States. We made contact through the internet, traditional correspondence, word-of-mouth and war bride gatherings. Most women portrayed in One-Way Passage came to Canada. Some, like my mother, left this country as brides of Commonwealth airmen nicknamed ‘fly boys’ training in Canada during the war years.

Their wartime romances were just the beginning of physical and emotional journeys of immigration and integration. 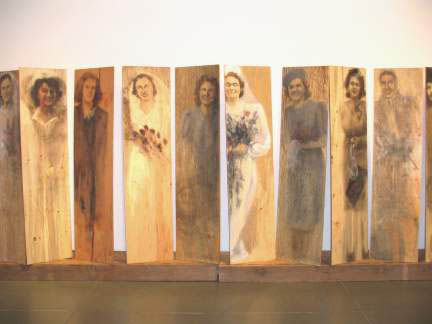 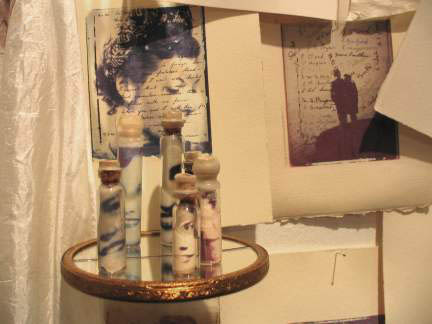